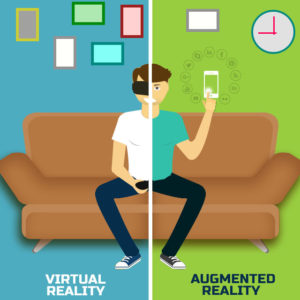 Virtual reality is all about the creation of a virtual world that users can interact with. This virtual world should be designed in such a way that users would find it difficult to tell the difference from what is real and what is not. Furthermore, VR is usually achieved by the wearing of a VR helmet or goggles.

Many companies are jumping into bandwagon of VR like Google, Samsung, HTC etc. Reason of this is the cost of producing a VR is now quite low as your mobile handset is used as screen, gyroscope etc. Only cost is now a holder for the device and a remote control to use it.

Still I think current stage of VR is just a novelty, as still there are no clear use of them. You need quite amount of space to use VR (if you have to move with it). Also wearing a bulky headset has it limitations.

On the other hand Augmented Reality (AR) is ahead of Virtual Reality, as there are several products already on the market. Also AR use the creativity to merge fiction with real world, which in itself is spell bounding. Current launch of gaming app Pokémon Go is the perfect example of AR. In Pokémon Go you catch fictional Pokémon in real world. It is a fun game to play and now it has over pass twitter in daily usage just after 2 weeks of launch.

Hence personally if you ask me, my money’s on AR. Let me know your views in comments. 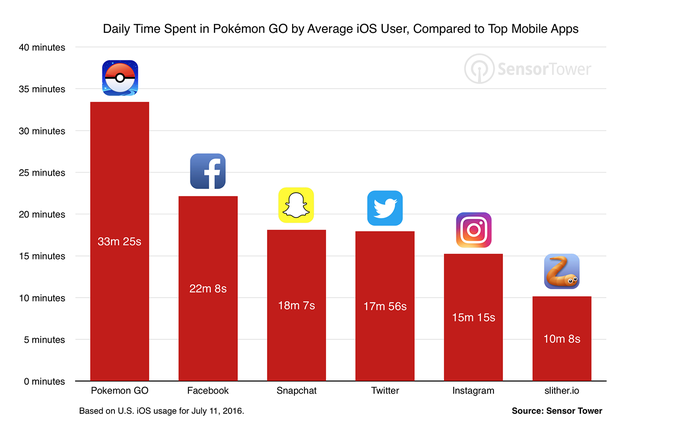