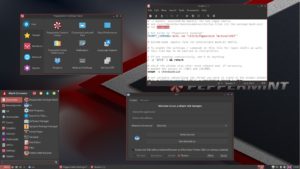 I get thrilled while using the lastest OS on the oldest hardware which makes things faster. When you install Peppermint 10 OS on any old laptop/desktop it will be screaming fast. As for Peppermint OS 10 itself, it’s based on Ubuntu LTS (Long-Term Support) code, and that means it’s stable and officially supported until 2023. It packs the Linux kernel 5.0 and a few really nice touches under the hood like an ad-blocker, as well as ICE, a utility that transforms a website or web app into a standalone browser-based application that integrates right into the system menus and desktop. Peppermint OS also includes menu links to Microsoft’s various Office Online apps; a nice addition to ease friction for people who aren’t ready to escape the Windows ecosystem just yet. I cannot recommend this further try out yourself. You can download it from https://peppermintos.com/.