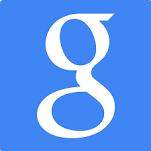 Google is restructuring its full organization. Alphabet will be a Parent company which will be lead by Google Co-founder’s and it will have many child companies in various sectors and one of them will be Google.

What does this restructuring mean?
Currently  Google is this giant company which does search, youtube, advertising, android, X lab, self driving car etc etc. All this are currently just as a department under Google. Now Google will consist of search, youtube, advertising, andriod and related infrastructure and rest all department will become company in itself having their own CEO’s to run them. Alphabet will become parent company under which all this companies will fall into. This will have their own share of pros and cons. It should be easy to retain current employees now, as now they have chance of growth and become a CEO. Should be easy to implement things faster as CEO will be in full control and responsible for the same. Most of the time it will be like running multiple startups. The challenge will be you will have to maintain so many companies and to focus all of them to a common goal will not be always possible. Google is attempting to do which SUN microsystem tried and failed (it was called SUN planets).

Lets hope Google will succeed in this restructuring and break conventional running of a Giant Company.